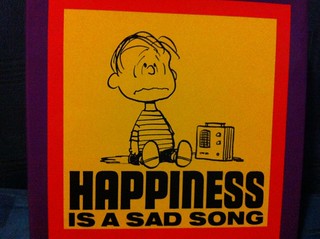 When I first started writing songs, about 10 years ago now. I always struggled with writing happy songs, I wanted nothing more than to write about happy things, about ‘good’ things, but every time I tried it came out forced and awful, so I guess I went with what came more naturally, songs about the things that bothered me, things that sort of forced me to write about them.

I watched a short documentary about an Australia musician the other day and in it he said that his music is about happiness, about the good things, I find it really hard to connect with that, I guess thats one of my biggest issues as a human is that I focus on the negative, the things I would rather change, than focusing on the good things around me, I just don’t really find happiness a compelling topic. I said to Nick once that he should be a character in all my songs, but he said he would rather not as all of the characters are viewed in a negative light. I don’t 100% agree with him, but he makes a valid point. I have had people ask me to write a song about them (in a cute sort of way) but I fear that these people don’t listen to the lyrics and therefore don’t understand that if I did write about them, they would probably prefer that nobody heard that song.

After writing Animal Urges I didn’t write a song for about 18 months, which was alright as I had a lot to record, but I was struggling with the purpose of writing music, making art. Why bother? I could probably write a book about my failed attempts to answer this question but the answer came when Kellie decided that she would leave the empty toilet paper rolls on the floor of the bathroom. Instead of getting angry, I decided to turn them into my own personal entertainment, firstly I created a pyramid of the rolls on top of the toilet seat. Secondly, I drew people on them, begging for a chance to live and not be thrown out. 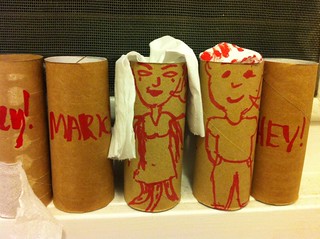 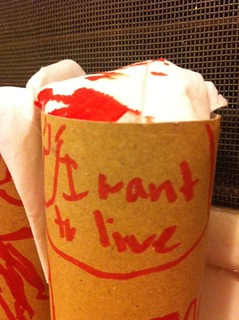 I finished with a poem, part of which was transposed on the toilet roll.

Jesus says
“Its harder for a rich man to enter the kingdom of heaven,
than it is for a Camel to pass through the eye of a needle”

Maybe they should be focusing their research dollars on Camel shrinking.
Just in case

Then Kellie left a few items of clothes on the floor so I arranged them like people lying on the floor.

I can turn annoyance into entertainment and I think that is probably what I do with my music.