The above title is the new mantra given to me by Nick.

Its the start of another year and although I don’t see myself as the sentimental type, it is still a time of reflection.

I have had an interesting year, released an album, been made redundant from my job, then had the redundancy reversed. At last years secret santa, I was given a notebook which says “Changing the world one page at a time”. This is from 9/1/2014, first week back at work 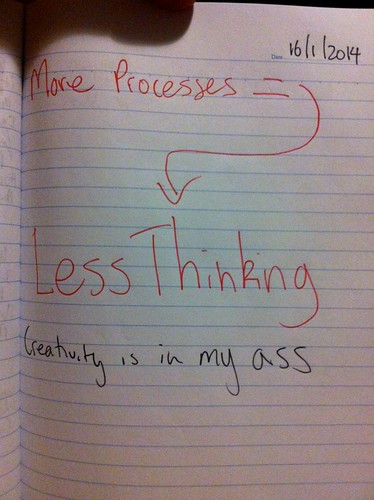 This year I’m going to TRY and be more present and complain less. If you didn’t get it, emphasis on try.

I have another album of songs ready to record and have embarked on building a new guitar. At the moment it is a plywood frame. 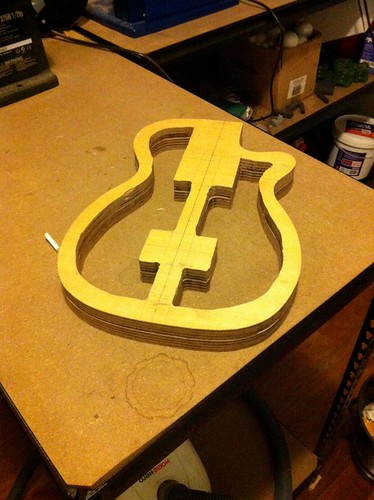 I am going to try to play more shows this year. The first is tomorrow night at Ric’s. I’m playing acoustic guitar which hasn’t happened for awhile for me.

Here is something Brendan Telford posted about me at the end of last year, it was very nice of him, he has been very supportive, and its greatly appreciated.

I have been playing a lot of darts of late. Here is a photo of me getting 2 Bulls in one round. 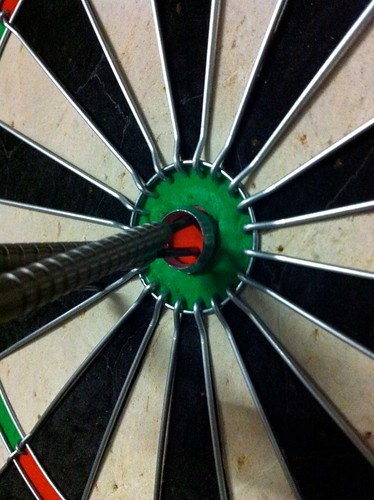